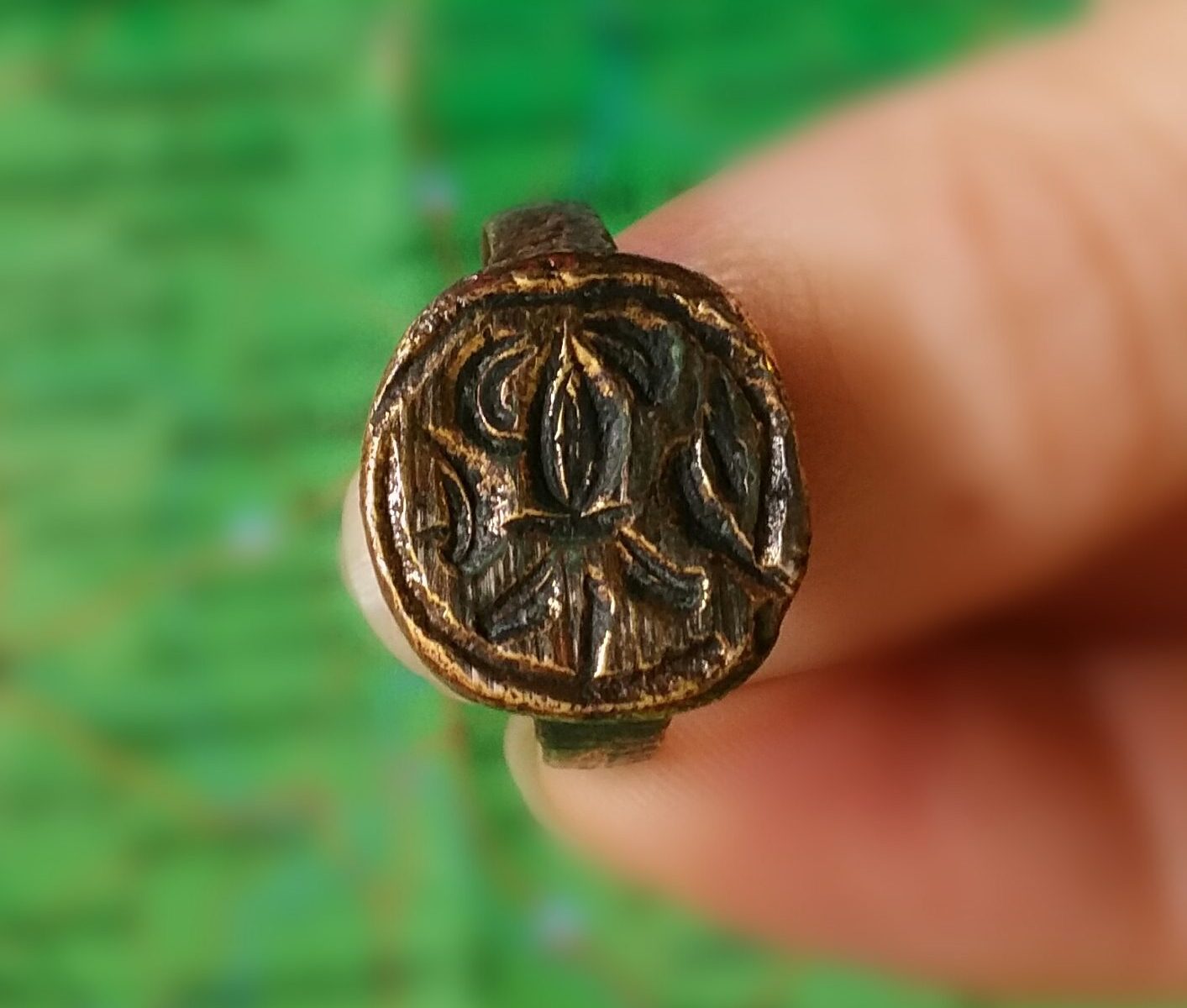 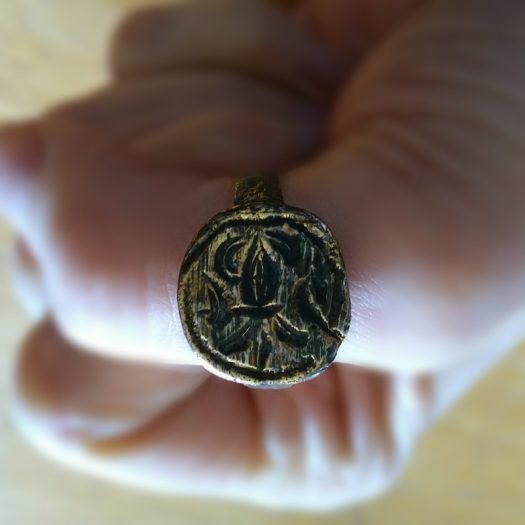 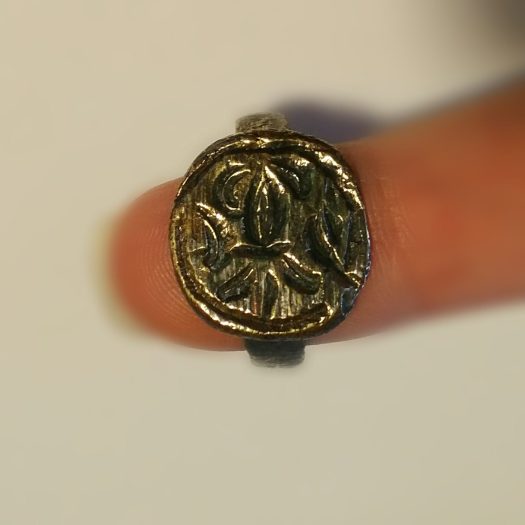 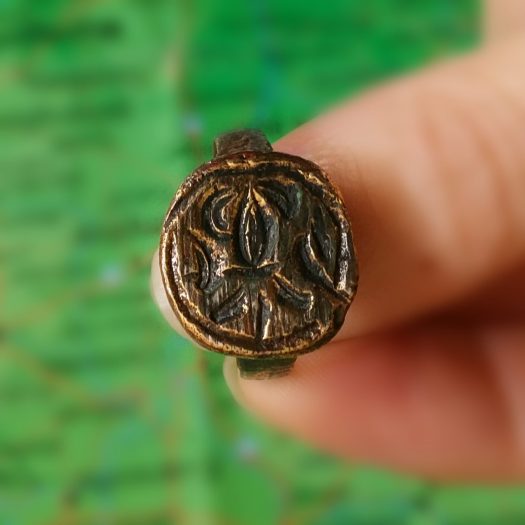 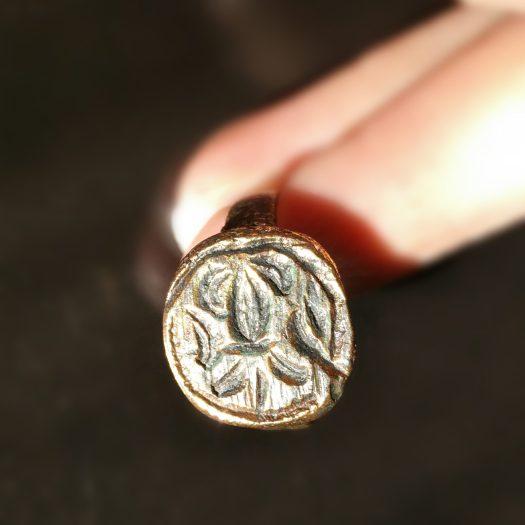 This signet ring might show an early example of the fleur-de-lis. Originally, the fleur-de-lis symbol appeared on Clovis the first’s coronation staff, the Frank King who unified Frankish territory in the third century. The symbol may have its origins as an artistic rendering of the double-flowering arrowhead aquatic lily. During this period of history there was a great deal of overlap between the Romans and the Franks with some aspects of shared language. The modern word flower comes from the Latin flor, or flos leading eventually to fleur in French. There might be an etymological connection between the Latin words for the arrowhead-shaped leaves of this lily and the arrow-shaped leaves of the hosta, some of which produce lily-like flowers. If this etymology could be proven, it would show that the lily flower was a symbol of strength and defense. Politically, numerous arrowhead shaped leaves protect the few blooms, thus symbolizing the many lords who protect the few royals.

With Fast and Free shipping through the United States Post Office. 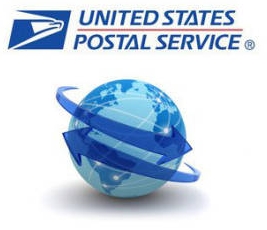 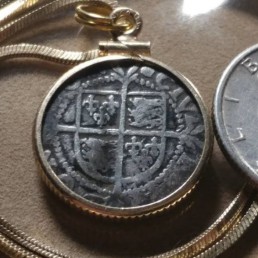 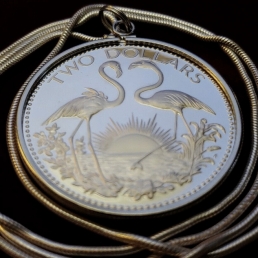 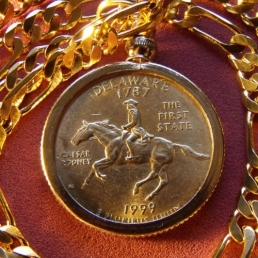 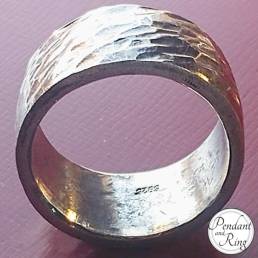 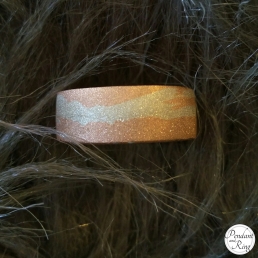 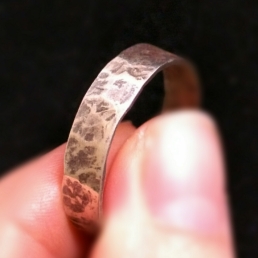 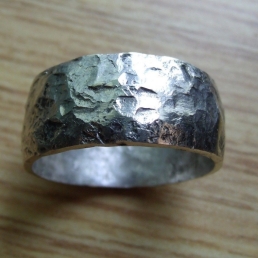 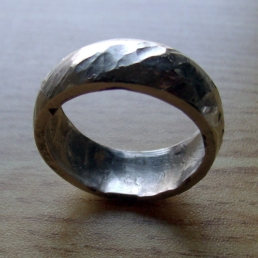 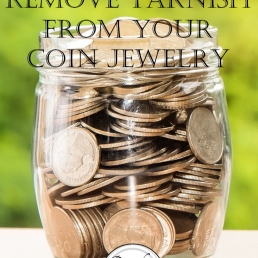 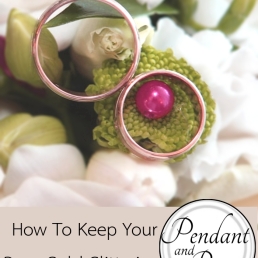 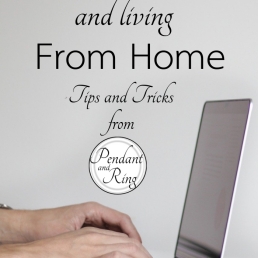 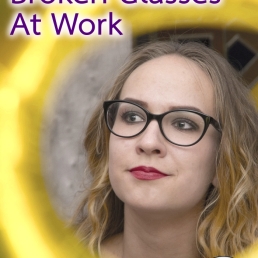 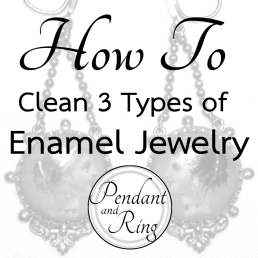 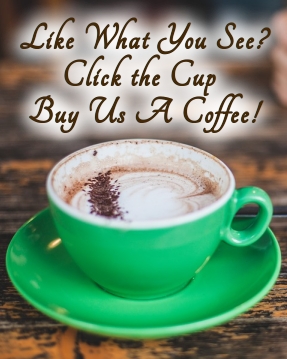