In the second part of our two-part series on jewelry with a bad history, we review three additional items of intrigue.

1. The gold ring of Silvianus is an ancient Roman ring; gold, and size 16.5. The ring is inscribed with the Latin phrase, “SENICIANE VIVAS IIN DE” which might be a simple mistake. If the ring were inscribed “SENICIANE VIVAS IN DEO” is would mean, “Silvianus live in God,” which was a common phrase to show hommage to a Roman leader. However, the ring was found in far-away England. A mix of Latin and Scottish-Gaelic might provide a more true, albeit less typical interpretation. In modern Scottish Gaelic “IIN DE,” translates to “our South,” so the ring really reads, “Silvianus live to our south.” A clever inscriber might have known exactly what he was doing, inscribing a ring to keep the Roman leader in the South of England and far away from his Scottish homelands.

What about the curse? It comes in a two-part package. One, the ring with its banishing inscription, and two, Silvianus’s curse on the man who stole the ring. When the ring was stolen Silvianus commissioned a curse tablet and sent the tablet as diety payment to the Temple of Nodens, a Roman god who was to enact the curse on in exchange for the tablet. The tablet reads, “For the god Nodens. Silvianus has lost a ring and has donated one half [it’s worth] to Nodens. Among those named Senicianus permit no good health until it is returned to the temple of Nodens.” It seems that the curse didn’t work. The ring was discovered approximately 80 miles from the temple, a world away, in ancient times.

2. Vlad Tepes, Vlad the Impaler, Vlad III Dracul, the 15th century Prince of Wallachia was most almost certainly the inspiration for Bram Stoker’s Dracula. He was also considered a local hero as he protected those in his village from the Ottoman invasion that ravaged most of Europe. His famous portrait is actually a copy of a previous portrait available for viewing at the Schloss Ambrass Innsbruck. In the portrait, the second son of the Dracul family wears a banded hat adorned with pearls and a unique crested centerpiece. The band contains nine neat rows of natural pearls, a large eight-pointed gold star encrusted with eight additional pearls and a large, square, red gemstone, all backed with a crest that points straight up. We don’t know if the stone is a ruby or a garnet because the banded hat is missing.

Although the portrait of Vlad in his finery is famous there is no evidence of the banded hat neither the royal coffers nor in any history museum. The painting is our only link, and through it, historians and costume designers have created a replica which you can see at Bran Castle. The reason we included it here is that there are few things more Halloween than Vampires and Vlad III Dracul was beheaded by assassins, or so the story goes. Perhaps though, the immortal vampire faked his death to escape the limelight. Perhaps he lives on and keeps his band of pearls locked in a safe, behind an unassuming cask in the wine cellar. Or perhaps, the band was dismantled and the jewels live on in other pieces…

3. The Black Prince’s “Ruby” is a centerpiece of the Imperial State Crown of England. The stone’s history begins with Muhammed XII of Iberia, who lost the stone in 1492 to Don Pedro the Cruel of Spain. The stone reappears in the hands of Edward the Black Prince, hence the name of the stone even though it is not a ruby. It’s actually a form of red crystallized glass. Long after the Black Prince’s success in the hundred years war, Henry V took it into battle and also defeated his enemies. After the beheading of Charles I the stone was sold, but then recovered by Charles II. As the centerpiece of the State Crown, the jewel is seen frequently, most recently on October 14th, 2019 as it was carried from the Tower of London to the Palace of Westminster for the Queen’s Speech at the opening of Parliament, despite the Queen’s decision not to wear the crown. For this year’s speech, the 94-year-old Queen opted for the State’s Diadem, citing it is much lighter and therefore easier to wear when delivering a speech. Her decision has nothing whatsoever, to do with the centerpieces blood-stained history. 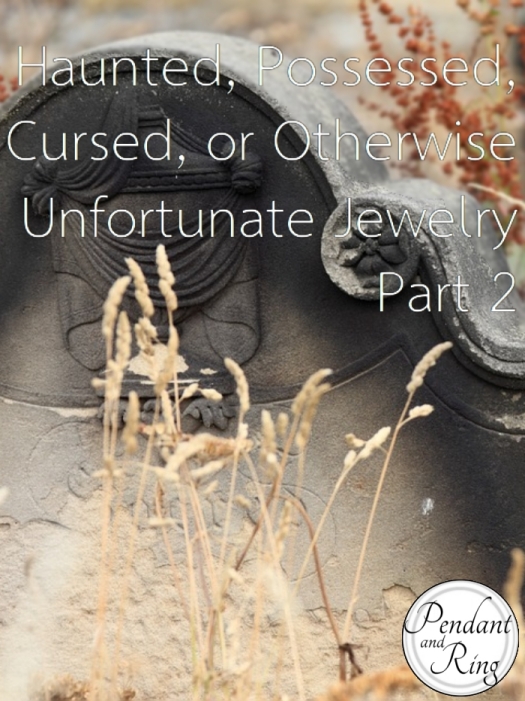