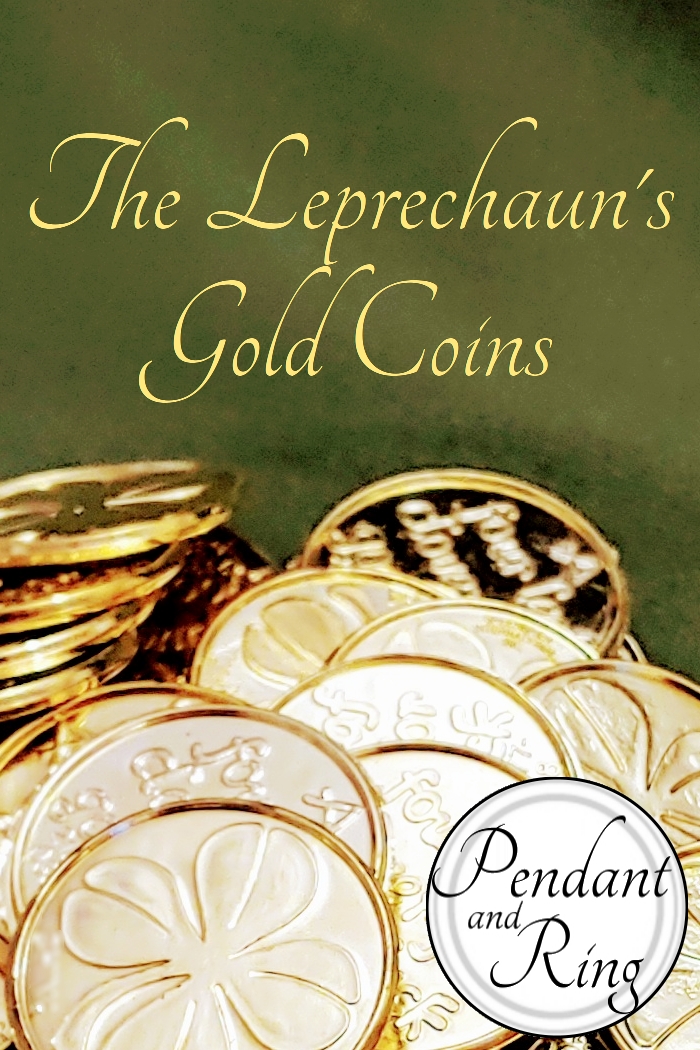 Leprechauns are among the larger Irish fairy-folk and they possess a very wide mischievous streak. They are typically men of small stature in green suits and fancy buckled shoes, although in antiquity they wore red. There are no clear answers as to their origins, but many possibilities and opposing theories exist.

Some say Leprechauns are excellent shoemakers and quite wealthy in the fairy realm. Those knowledgeable souls tell that Leprechauns keep their pots of gold at the end of the rainbow. If you are clever enough to capture a Leprechaun he may reward you handsomely in exchange for his freedom.

But beware! The Leprechaun is a trickster! We advise strongly against setting Leprechaun traps. There are other, more appropriate ways, to seek the Leprechaun.

Some say that should you catch a Leprechaun, he will promise a pot of gold in exchange for his freedom but deliver a pot of pyrite instead. Others insist his rewards are fairy-fantasy and vanish with the morning light.

The majority of myth-makers agree that the magical pots contain gold coins and that Leprechauns will not part with their coins easily. They say every coin is a treasure to the Leprechaun and that he knows by each one by sight.

Luckily, we were blessed by a visiting Leprechaun. We studied the myths, prepared the appropriate foods, and he joined us for dinner. Over dinner, we discussed many things including the state of clover in the wide world and the nature of rainbows. After we had supped, we sat on the porch and watched the dogs play. The Leprechaun took out his pipe. We watched the sun sink and he noted the golden rays, “almost as lovely as me coins,” he said.

“I see in your shop yee have a collection of yer own,” he said. We nodded in agreement then admitted that our collection must seem so small and plain when compared to his.

“Aye, and that’s the truth. Me coins are as glistening as yonder sunset and as thick as me thumb. The depth of me magic pot is enough to bathe in and the weight is greater than 143 stones.” After he drew on his pipe, and blew three smoke rings he continued, “Each of me coins is lovelier than the one before. I’ve been collecting them for an age. Now there are so few of us left, that those who remain grow fat with wealth.” Silence stretched and though we were loath to break the spell, we asked,

“What do your coins look like?” He eyed us suspiciously and sucked on his pipe. After a long moment of contemplation, he spoke.

“When at first I find me coins, they are variously stamped by human hands. Humans have long sought the gold of every Gnome mountain on this good green Earth. For some five thousand years human faces and human buildings have marred the surfaces of Leprechaun gold. But once repaired, restored by fire and me cobbler’s hammers to their true beauty, me coins shine with the image of promise. The likeness of life returning in spring.” We sat in silence then, too confused and too ashamed to ask further questions. The dogs barked and we looked to see why. When we looked back toward the Leprechaun, he was gone.

In his seat was a small green pouch with a note attached:

“It seems that yee
are a bit like me
and since that be
I give to thee
the likeness of
a coin more beau-
tiful than yee
will ever see.”

And that is how we came to have these coins, the likeness of Leprechaun gold.

Thank you for joining us. Tune in next Thursday to get your very own likeness of a Leprechaun’s Gold Coin, set securely in a golden bezel on a gold-filled chain.

Scroll down and subscribe so you never miss a post! See you next time on Pendant and Ring.